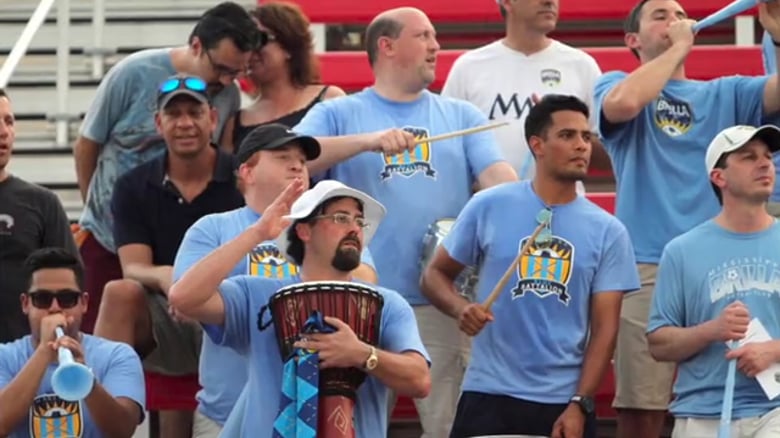 When people imagine soccer hotbeds in the United States, few think of Clinton, Mississippi, a town of about 25,000 people just west of Jackson. The state has no professional team to call its own, but that hasn’t stopped League Two club Mississippi Brilla FC from garnering one of pre-professional soccer’s most passionate fanbases: the Blue Battalion.

Brilla FC played its first League Two season in 2007 and quickly established itself as one of the top clubs in the Southern Conference, both in terms of quality on the pitch and player development. The club won three consecutive divisional titles in 2009, 2010, and 2011, and has produced multiple MLS and USL Championship players, including Atlanta United’s Alec Kann, Chicago Fire’s Micheal Azira, Sacramento Republic’s Kharlton Belmar and Louisville City’s Oscar Jimenez.

After the three-peat as divisional champions, the club went through a three-year rough patch on the pitch, finishing fourth or lower in the division in 2012, 2013, and 2014. But during that 2014 season, a group of friends began tailgating and attending matches together in what would eventually become a welcome boost for the team.

From those unofficial beginnings, the Blue Battalion supporters group officially formed in 2015. Since then, they have continued to tailgate together at Brilla home matches before marching into the stadium with flags, drums and horns. Like any supporters group, the Blue Battalion chants, sings and heckles the opposing team throughout the match. But what makes them special is their connection to the team off the pitch.

“The Blue Battalion is unique in that our community is small enough for the group’s members to build real relationships with the players throughout the summer,” said Mississippi Brilla Executive Director Rusty Bryant. “The members always stick around after matches to hang out with players on the field. They create watch parties at restaurants for away games, and even made the eight-hour drive to an away match in Texas a couple of years ago.”

Many of the Battalion’s members participate in the club’s Adopt-A-Player program, and some of the relationships formed through that program go well beyond the League Two season, including players inviting Battalion members to senior nights for their college teams. Battalion members provide homemade meals to the players throughout the season as well.

All of these events coincide with the group’s steady growth, and present a promising future for players, fans and club alike.

“The Blue Battalion has been gaining lots of momentum over the last couple of years, and we expect its membership to continue to grow,” said Bryant. “The club is creating a couple of fun events that should add to their tailgating numbers, as well as the overall game day atmosphere that the Blue Battalion creates.”